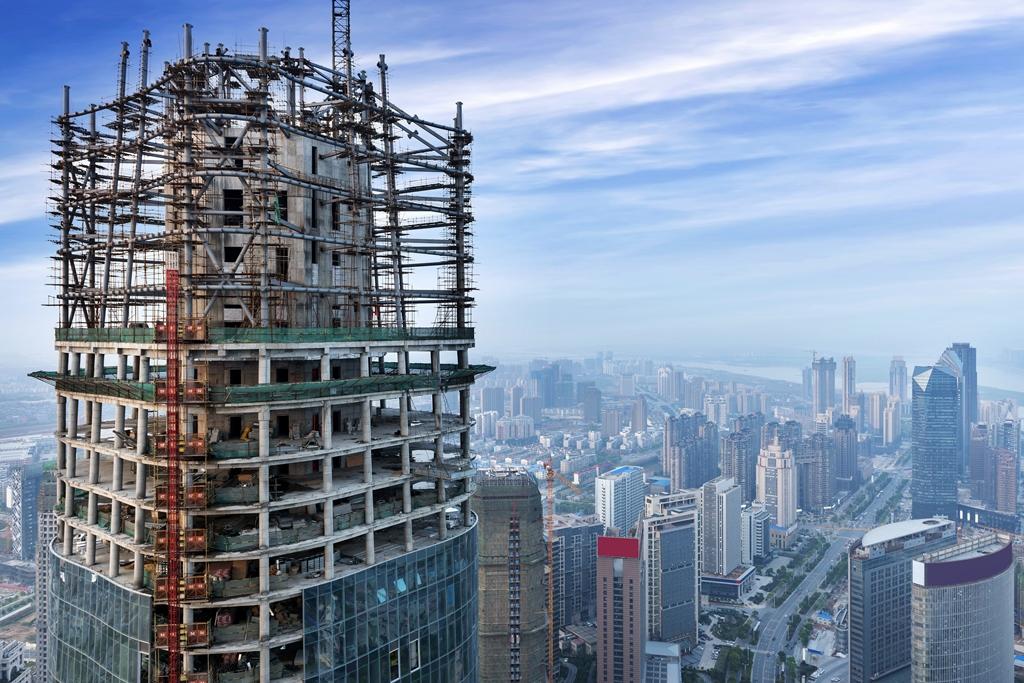 Suspended structures are load-bearing systems that work on the principle of active form that adapts to external loads with its contour. The core element of suspended structures is a thread — a flexible sagging rod (or a strip), which works in tension and carries the transverse load in the span.

Stay cables are a type of threads that has a curvilinear shape due to the free length and gravitational effect of external forces. Unlike stay cables, strings are threads with preliminary tensile stress, which allows them to stay straight.

Membrane coverings are spatial structures based on a flexible thin metal sheet fixed around the perimeter on a rigid support contour. In terms of design, there are single-layer, stay cable reinforced and double-layer tape membranes.

Single-layer coverings have the simplest design, but they are most exposed to deformation, and their use is limited by the possibility of treatment and welding of sheets with increasing thickness. Therefore, membranes reinforced with stay cables have become widespread. The composite behavior of the cable elements and the continuous membrane increases the stiffness of the latter and allows to increase the length of a span. Both elements made of wires and of narrow steel strips can be used as cable stays.

Truss structures have become widespread due to the following advantages:

· Unconstrained arranging of the structure form

· Possibility to lay utility lines in the space between the rods

The disadvantages of truss structures are their significant construction height and labor-intensive design.

In terms of the external structural design, there are beam, arch, frame and cable-stayed trusses.

In terms of the internal structural design, there are trusses with hinged and rigid abutting joints of elements in the nodes.

Spatial rod systems transfer the load to the supports by distributing the forces within the system. In terms of the structural design, spatial systems are mainly divided into structures developed from the plane, cross trusses, as well as single-layer and double-layer rod structural envelopes.

Trusses developed from the plane and cross trusses are used in cases where no intermediate supports can be installed in the building layout, but the covering flatness must be observed. Also, cross systems provide a good possibility of the vertical arrangement of stairs, elevators, utility lines and lighting fixtures between the trusses.

And the advantages of single-layer and double-layer rod structures, due to which they have become widely used, are as follows:

· Unification and standardization of elements due to the regular nature of their arrangement.

· Industrial production and the possibility of delivery to the construction site by elements using light vehicles.

· Technological effectiveness of assembly and installation by large blocks and mobility

Beam systems are plane systems that resist transverse loads. The advantages of beam systems are high factory readiness of elements and convenience, and thus the speed of installation. 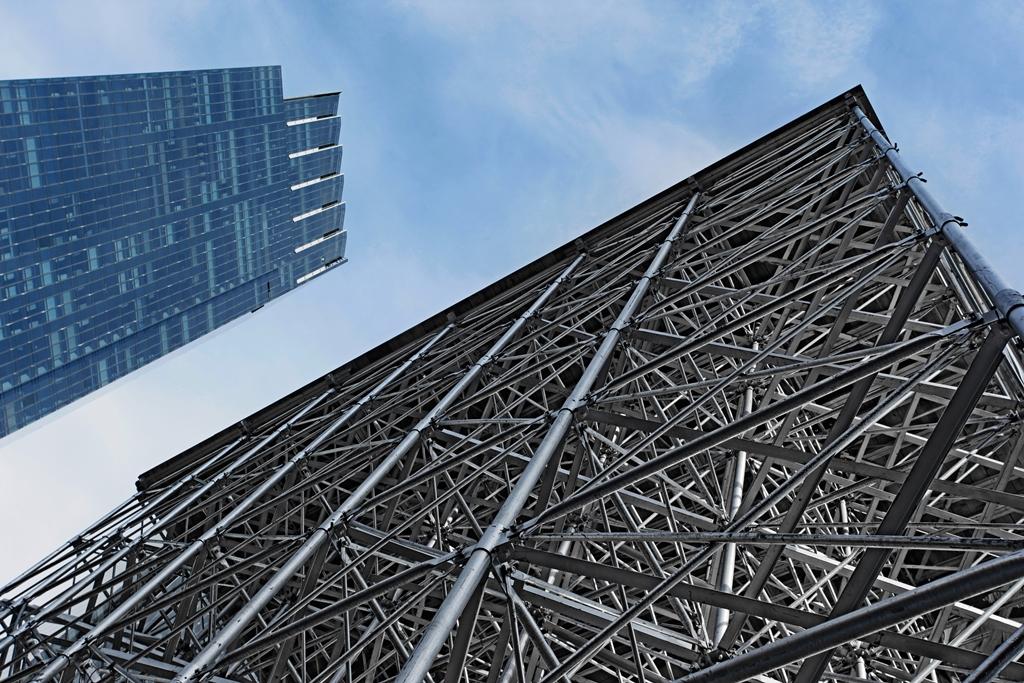 The main types of beam ceiling and roofing systems of buildings include metal and composite beam structures (except for corrugated wall beams):

· Composite beams made of sheets

Сomposite structure is a structure where the external load is jointly taken up by elements of different types and purposes. Composite beams working jointly with the slab can be arranged in buildings with steel and reinforced concrete beams.

Columns are mainly vertical elements that transfer loads to the foundations or lower structures of the building.

Cross-sections of steel columns are divided mainly into solid-wall open, solid-wall closed and built-up section. In addition, reinforced concrete columns filled with concrete or composite columns are widely used in the case when additional working reinforcement is installed in concrete.

· Cost efficient redistribution of bending moments between crossbars and posts.

· Small number of element and speed of installation.

At the same time frames have some disadvantages: small height of posts, presence of complex rigid knots and limited use of the design form.

In terms of the static design, there are hingeless, double-hinged and three-hinged frames.

Arches are positive curvature load-bearing structures, which resist the external force flow with their entire surface. Arched structures are classified mainly by the shape of their outline, static design and the method of taking up the thrust.

In terms of the outline, the main type of arch structures are parabolic ones, but they can also have the shape of a circle, a variable radius of curvature or even the shape of a chain line consisting of many sections. In terms of the constructive design, there are three-hinged, double-hinged and hingeless arched structures similarly to frames. In fact, arches come out of curved beams by rigid fixing both supports along the longitudinal axis. Because of this, there are thrust forces in the arches. The thrust force can be transferred to the foundations or counterfort columns, as well as to other adjoining structures that can take it up.

Spatial developments of arches are dome and shell structures that give the possibility to implement effective and attractive solutions for concert halls, large public sports and other facilities. The shapes formed by dome structures are curved or spatial positive curvature surfaces on the plane.

In terms of the structural system, there are mainly ribbed, ribbed and ring and lattice domes.

The ribbed dome is a structure formed by radially arranged arches. At the top, the arched ribs are fixed on a ring that works in compression. At the bottom, the dome should have a support contour or foundation that takes up the radial thrust and grounds the vertical force.

Ribbed and ring domes have horizontal meridional ring elements forming a single spatial system with the ribs and acting as load-bearing walls.

Lattice domes not necessarily have ribs, the rods in them are arranged in a certain order based on a regular system of cells or blocks. The most common systems of cell geometry of lattice domes include triangular systems, as well as geodetic, the rods of which form edges of the elements of polyhedra introduced into the spherical surface of the dome.

Designs of coverings of lattice domes have essential advantages over other spatial coverings:

· Technological effectiveness of installation and light weight of the elements being installed.