Metal structures are essential in modern construction. The scope of their application is extremely wide. They make it possible to erect buildings of any purpose and level of complexity. Such a wide scope of use is due to a number of advantages, which include reliability, lightness, impermeability, industriality, speed of installation, and ease of repair and reconstruction.

Depending on the structural form and functional purpose, steel structures can be divided into the following types:

Such buildings can be single-span and multi-span, including spans of different heights, with built-in work platforms and multi-storey inserts. Their lateral sizes are extremely varied. Industrial buildings are usually equipped with built-in transporters such as conveyors, suspended or bridge cranes. Craneless transporters (electric loaders, loaders, etc.) are used in craneless buildings.

Along with steel, composite frames are used, in which steel structures and crane tracks are installed on reinforced concrete columns.

Multi-storey buildings (20 to 30 floors and above) are used mainly in civil construction, in conditions of dense development of large cities. They are usually designed with a clear division of structures into load-bearing and enclosing ones. The functions of load-bearing structures are performed by a steel frame, and the enclosing functions are performed by light wall panels made of effective heat-insulating materials, including panels with coverings from steel or aluminum alloys. 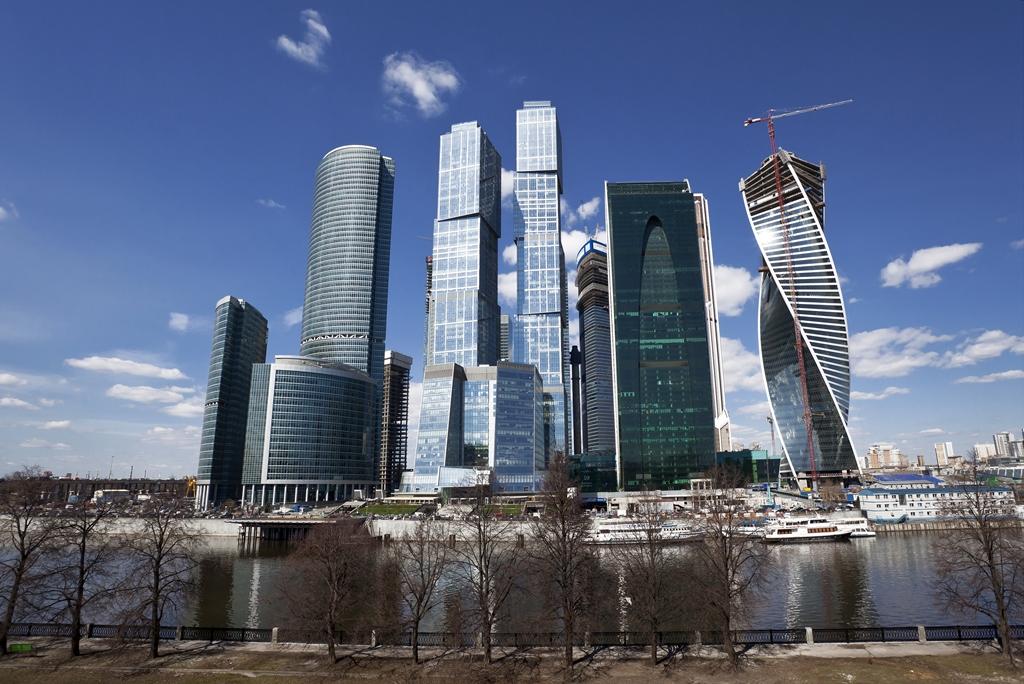 Large spans (50 to 150 m and more) are common for sports and entertainment facilities, indoor markets, exhibition pavilions and some industrial buildings (hangars, aircraft assembly shops, etc.). As a rule, steel structures are used to cover such spans. Systems and structural forms of long-span roofs are very diverse. Beam, frame, arched, domed, suspended and combined systems may be used here, both flat and spatial.

Span structures of bridges on railways and highways are made of metal in the case of large (up to 1 km and more) and medium (30 ... 60 m) spans. In the latter case, steel bridges are preferred in the case of short deadlines of construction and construction on strategic roads, given the possibility of their quick restoration. 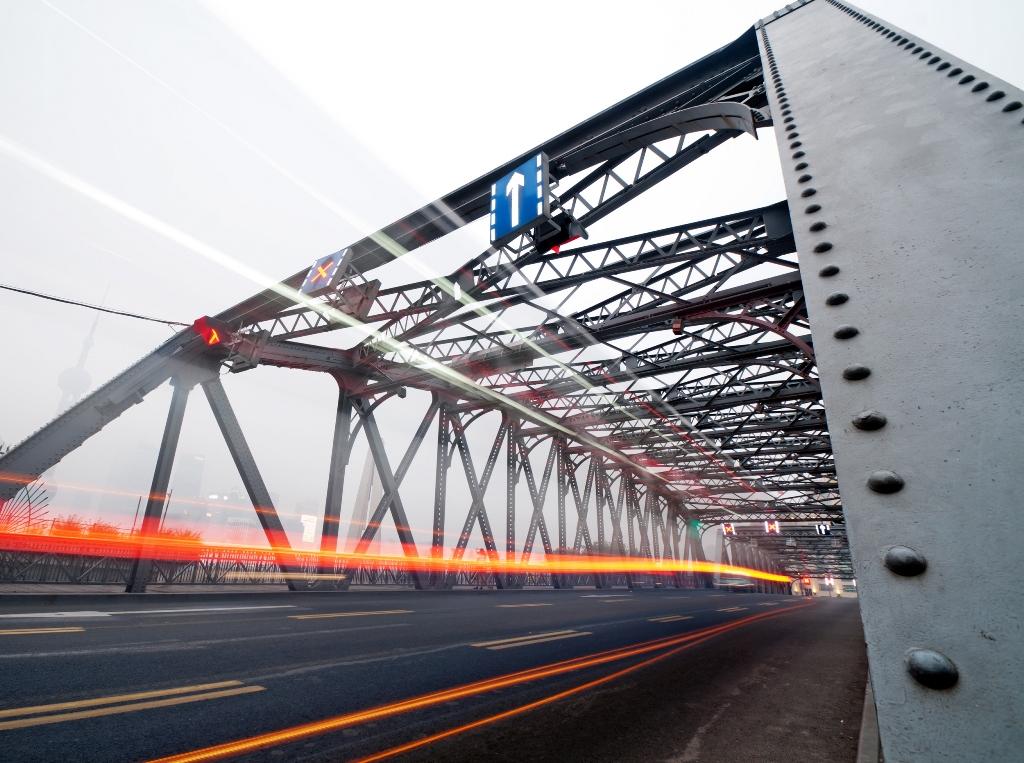 A large group of such designs includes antenna devices for TV, radio and multichannel telephone communication.

Power transmission line poles are used to transmit electricity through wires attached to the poles  by using garlands of insulators. High voltage of electric current transmitted through the wires requires a significant distance of the wires from each other and from the ground, so the height of the poles is 20 to 40 m, and can reach 150 m or even more when the line passes through obstacles.

Exhaust towers are used to support smoke and ventilation ducts. The tower height determined by environmental requirements is usually 80 to 150 m, although there are towers 600 m high.

Reservoirs are used to store petroleum products, water, liquefied gases, acids, alcohols and other liquids. Tanks of various shapes and sizes with a volume of up to 200 thousand m3 are used. They include vertical cylindrical, horizontal cylindrical and spherical tanks, tanks with a pontoon, floating roof and many others.

Gas holders are designed for storage, mixing and leveling of gases. They are included in the gas network between gas sources and gas consumers as a kind of accumulating facilities. Constant volume gas holders in which gas is stored at high pressure and variable volume gas holders with gas storage with low constant pressure are used. The variability of the volume is provided by movable sections or a washer, which, like a piston in a cylinder, move along the gasholder wall. The volume of gas holders of variable volume reaches 600 thousand m3.

Bunkers and silos are containers designed for storage and handling of bulk materials. Silos differ from bunkers by a relatively large ratio of height to the plan size. Groups of bunkers are usually combined into bunker trestles. Bunkers with flat walls and flexible (suspended) bunkers are used. 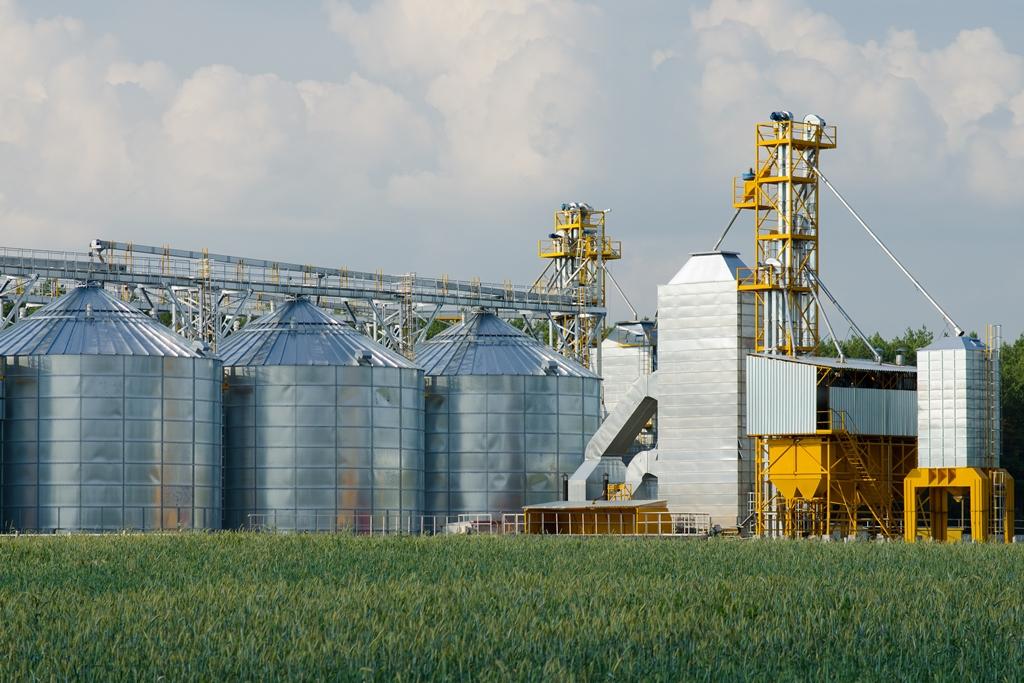 8. Other types of structures.

1. Load-bearing structures are elements that take up loads affecting buildings or structures. Examples of such structures include columns, beams, trusses, girders, bridge structures, as well as antenna devices, structures for electric lines, towers.

3. Enclosure structures are structures that perform protective and decorative functions: wall and roof panels and decks, cladding sheets, stained glass windows. Facade and roofing systems consist of structural elements resistant to climatic and other loads, as well as elements that ensure temperature and sound insulation properties.

4. Light-gauge steel constructions (LGSF) are a special class of building metal structures formed of steel, mainly cold-formed profiles with a thickness of up to and including 4 mm, which are widely used in various types of structures. LGSF can be both load-bearing and enclosing structures. 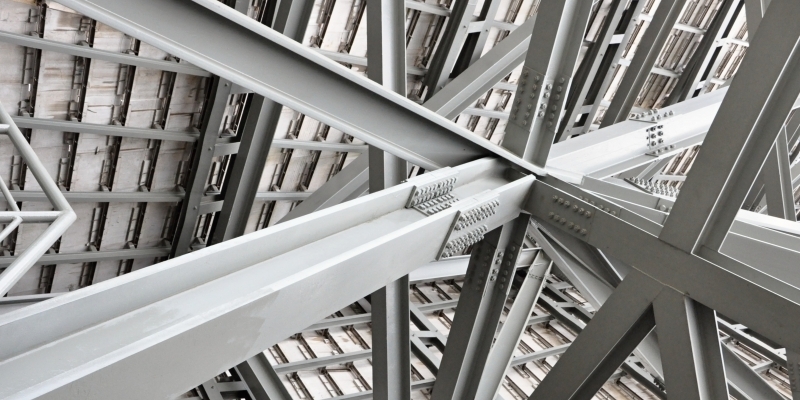 LGSF are a special class of building metal structures formed of steel, mainly cold-formed profiles with a thickness of up to 4 mm inclusive, which are widely used in various types of structures. 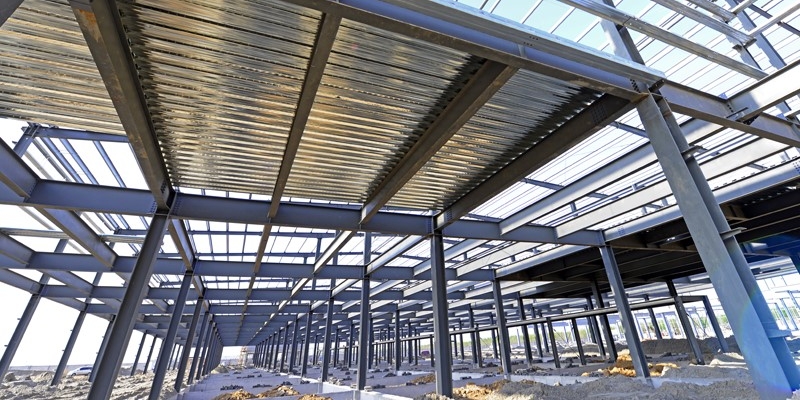 Facade and roofing systems contain structural elements that are resistant to climatic and other loads, and elements of enclosing structures that provide temperature and sound insulation and fire resistance properties